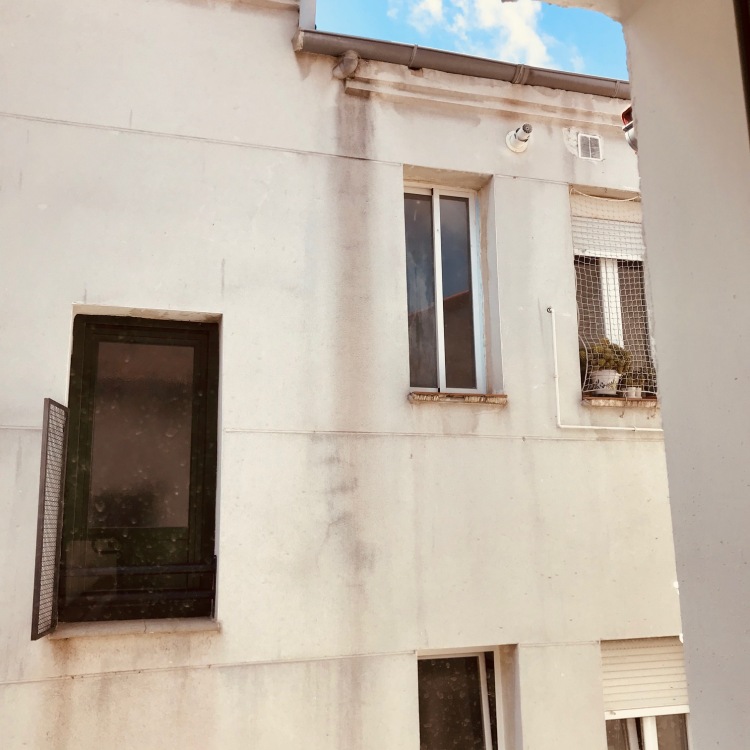 This morning, I woke up and told M I wasn’t going to do this anymore.

By this,  I meant this written diario of these strange times, but I could’ve been referring to just about anything in our suddenly-constrained routine:  the yoga at 9 a.m., the constant idiotic refreshing of CNN and El Pais, the 5-minute breaks I take to work the World’s Most Annoying Puzzle.  Am I going to spend the next month telling anyone bored enough to listen whether or not my neighbors walk out on their balconies?

At this point, what is there to say?

During the first week of my Spanish class after the Christmas break, our teacher asked three of the students, Chinese who had been living in Spain for a while, about El Virus.  The first time El Virus came up, about January 10th or so, I had no idea what they were referring to.  I went home and looked it up and thought:  Well, that’s the other side of the world…

Every few days after that, the teachers would check in:  how are your people in China? The students shrugged, said fine.  It was easier for them to say fine than say more, for a number of reasons, of which the difficulty of conveying something in Spanish is probably only one.

But somewhere along the way, in those early days, El Virus began to lodge itself in my consciousness, like a tickle in the back of my throat.  At the end of January,  I wondered about the wisdom of reserving tickets for a trip to Portugal at the end of February.  At that point there were only two cases in Spain and none at all in Portugal. We went, and then, once we came back, I scoured the internet over and over and over again trying to determine whether the symptoms of the slight colds we’d caught, cold I hardly would’ve noticed in normal times, matched with the symptoms of COVID-19.   They didn’t.

But now, who knows?

It wears you down, El Virus,  with its name  conjuring up some strange sort of Elvis impersonator. El Virus, caped and rhinestoned, making the most of his time in the limelight, the opposite of a superhero.

Every night, after we clap for the health care workers, someone somewhere to the east of us plays music I don’t recognize through a loudspeaker,  usually the same two songs.  One, I think, is the Spanish national anthem, the other,  I realized, thanks to today’s newspaper, is probably Resistiré (I Will Resist).

Resistiré, written in 1988, shows it.  But it’s catchy and it’s got that 80s bounce we all remember, and right now, it works.

OK, so say there was some crazy Battle of the Bands.

Tonight we cast our vote, through singing, for the latter.

*I translated this myself.  It took me over an hour, and I’m counting that as time productively spent, whether it really is or not.

4 thoughts on “Battle of the Bands”